What is an emu?

The emu, often mistaken for its cousin the ostrich, is the second-largest flightless bird in the world. It is the last living species of the Dromaiidae family and can grow up to 1.9 m and weigh around 50 kilos.

This bird is native to Australia and they can survive frigid and very hot temperatures thanks to their subcutaneous fat. Emus have been used by Australian Aboriginals for centuries for their meat, fat, leather and feathers. The bird is now an emblem of Australia and an exotic breeding animal of choice. The emu is even shown on the Australian Coat of Arms along with the kangaroo.

Each animal is raised in conditions that ensure its wellbeing and farmed ethically and responsibly to utilize all the resources offered by the emu without any waste:

Emus differ from ostriches in that their feathers look like long fur and they have blue skin on their necks. 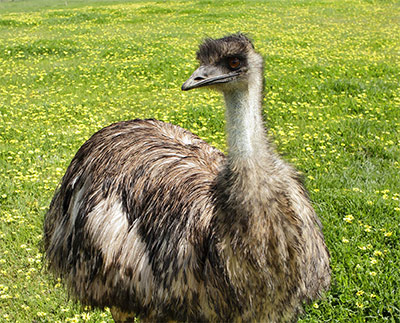